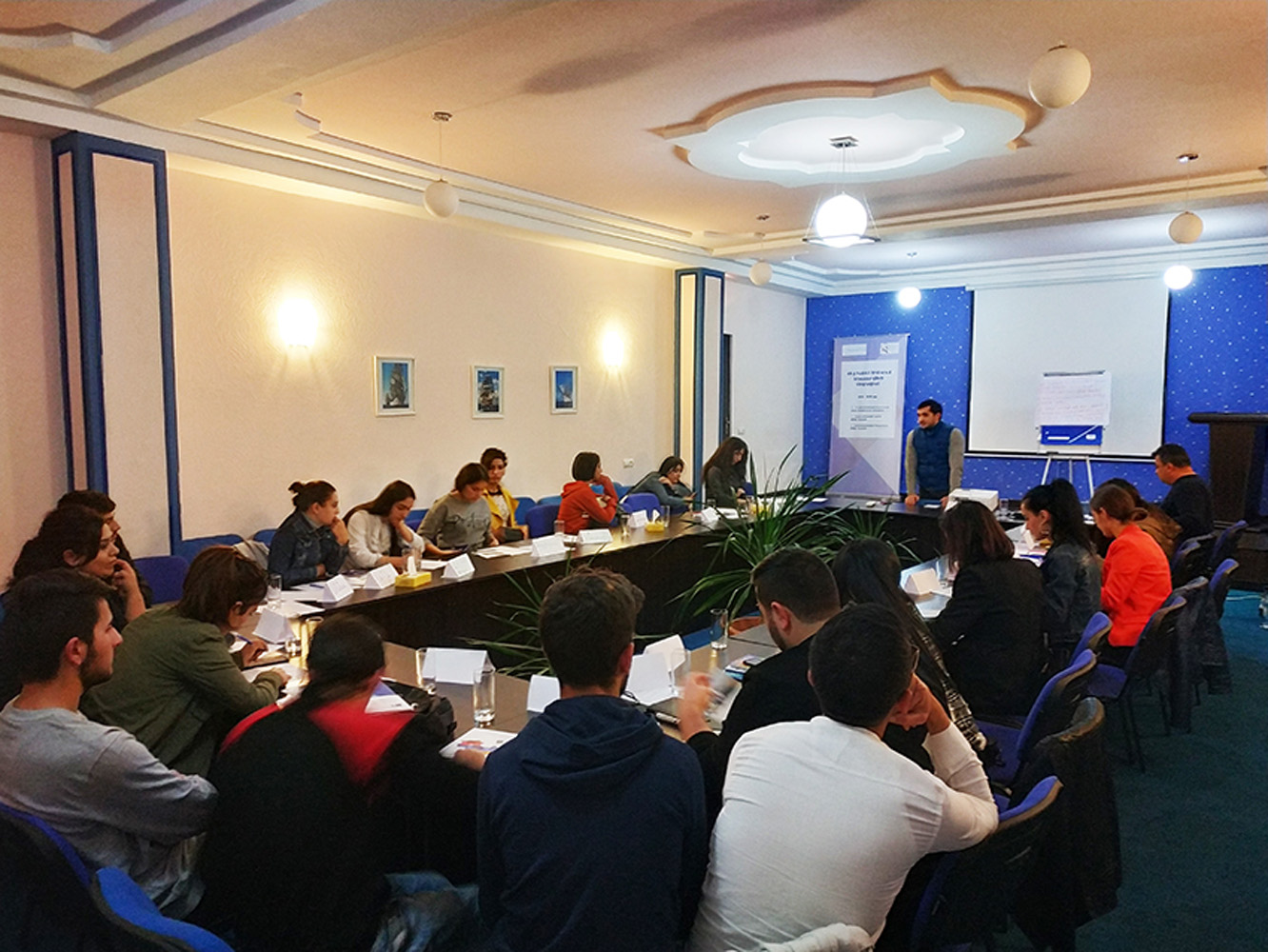 On 20 October 2019 “Free Citizen” CISC organised the workshop for the local youth in the framework of the Project in the Vanadzor “Kirovakan” hotel conference-hall, Lori region of Armenia.  This is the third from the 17 workshops, which are planned to organise in Armenia in the framework of the Project “V4 for Youth engagement in self-governance”. The workshops are dedicated to strengthening young civic activists on engagement with local self-governance is as well as raising awareness among participants on the European Union, Council of Europe, Eastern Partnership, Visegrad 4 format.

16-30 years old 25 young civic activists from all over Lori region participated in the workshop. Edik Hovsepyan, the head of the PR department of the Vanadzor municipality and met with young activists, shared with them his 12-years’ experience on LSG as well as answer those questions.

Newly elected young Deputy Head of Parakar village Gor Saribekyan also met with youngsters and share with them his motivation to run for this position and to participate in electoral campaign in the Parakar Village.

Workshop in Vanadzor
1 of 11