Home News Statement of the Steering Committee of the EaP CSF on the illegal...
Facebook
Twitter
WhatsApp
Telegram 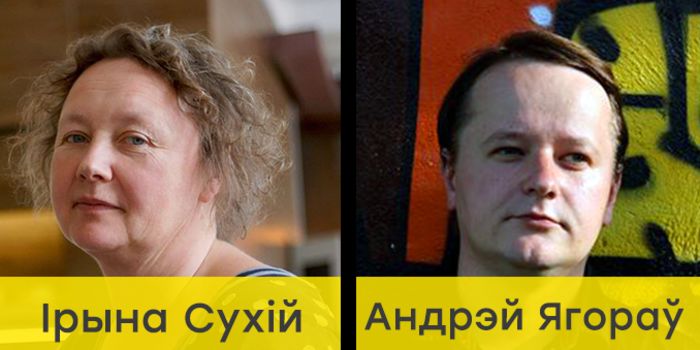 The Steering Committee of the Eastern Partnership Civil Society Forum strongly condemns the unjustified and illegal detention of our colleagues Andrei Yahorau and Irina Sukhy on September 5 and 6 in Minsk by people in plainclothes without any identification and without any reason.

Andrey Yahorau, political scientist and civic activist, chair of the Steering Committee of the Belarusian National Platform of the Eastern Partnership Civil Society Forum and member of the Coordination Council initiated by Svyatlana Tsikhanouskaya, was abducted by unknown people on the street on September 6 on his way to participate in a peaceful protest. Andrey Yahorau is kept in detention.

board and representative of the “Ecohome” NGO, the activist advocating a sustainable, environmentally balanced, nuclear-free future of Belarus, was abducted by people in plainclothes from her home during the night of the 5th of September . An illegal search was carried out in Irina’s apartment and equipment was seized by representatives of law enforcement agencies who refused to introduce themselves and provide authorisation for inspecting the apartment. During the search, only 93-year-old  mother of Irina was present in the apartment; her daughters were denied presence during the examination. Irina Sukhy continues to be kept in detention, as the court hearing that took place on the 7th of September could not establish her participation in the mass protest on the September 3rd  in Minsk that is incriminated to her. A new court hearing will take place in the coming days.

Four weeks after the falsified presidential elections in Belarus, the massive police brutality and violence of the authorities continue. More than 600 people have been detained on the 6th of September. The repressions, brutalities and arbitrary arrests do not stop.

The Steering Committee of the EaP CSF calls on the Belarusian authorities for:

We call on the international community to stand in solidarity with Belarusian people and help them ensure the respect of human rights and the rule of law in the country and release all unlawfully detained.