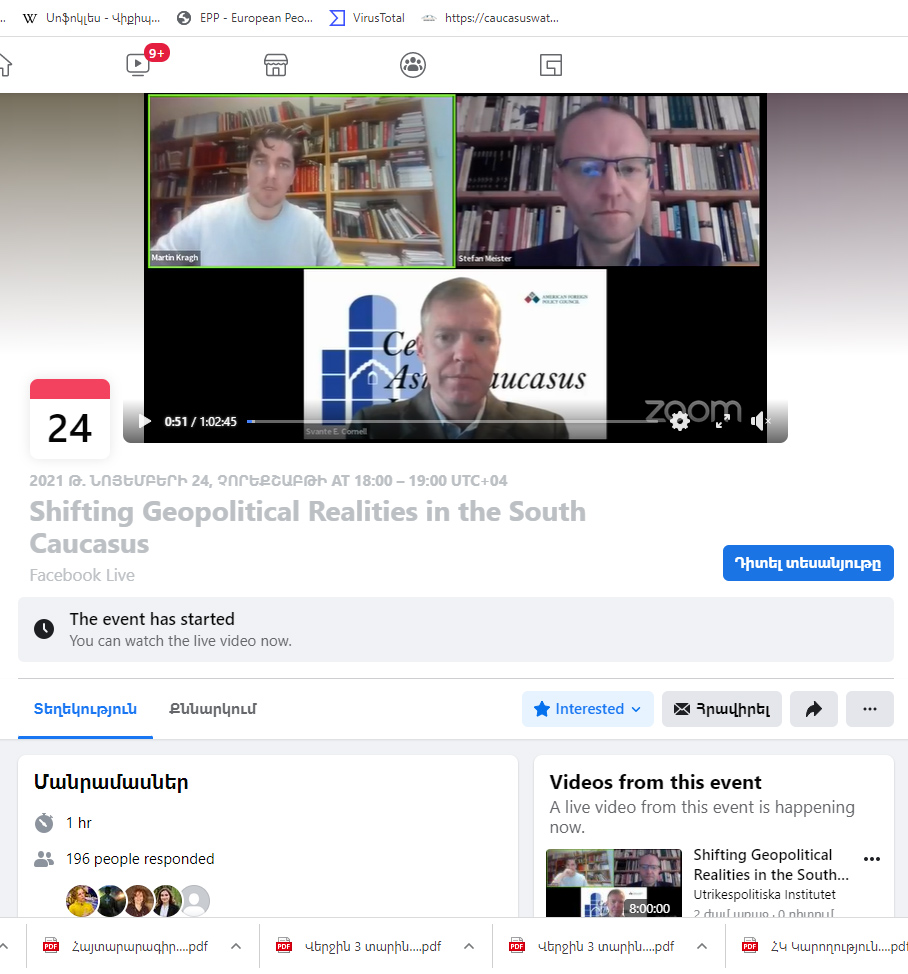 The Stockholm Centre for Eastern European Studies (SCEEUS) at the Swedish Institute of International Affairs (UI) held a online webinar-discussion on the South Caucasus: “Shifting Geopolitical Realities in the South Caucasus”. Free Citizen CISC NGO Chairman Hovsep Khurshudyan participated in the discusion and sent a questions to the speaker and discusant.

The Second Karabakh War in the autumn of 2020 changed the geopolitical constellation in the South Caucasus and constitutes an example of the inherent instability of protracted conflicts in Eastern Europe. Azerbaijan’s victory in the war, and its gaining of territory from the disputed region, has led to a new stage in the conflict between Azerbaijan and Armenia.
Is a peace agreement far away? What are the implications for regional stability and cooperation? What is the role of external actors, such as Russia, Turkey, or the EU?

Speaker:
Stefan Meister, Head of the International Order and Democracy Program at the German Council on Foreign Relations. Meister is the author of the SCEEUS Reports on Human Rights and Security in the Eastern Europe No 8: “Shifting Geopolitical Realities in the South Caucasus”

Discussant:
Svante E. Cornell, is Director of the Institute for Security and Development Policy.

The webinar was moderated by Martin Kragh, Deputy Director at the Stockholm Centre for Eastern European Studies (SCEEUS). 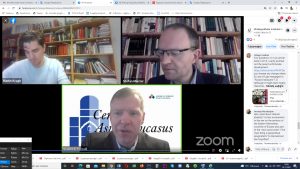 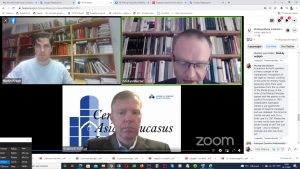 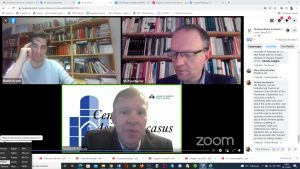