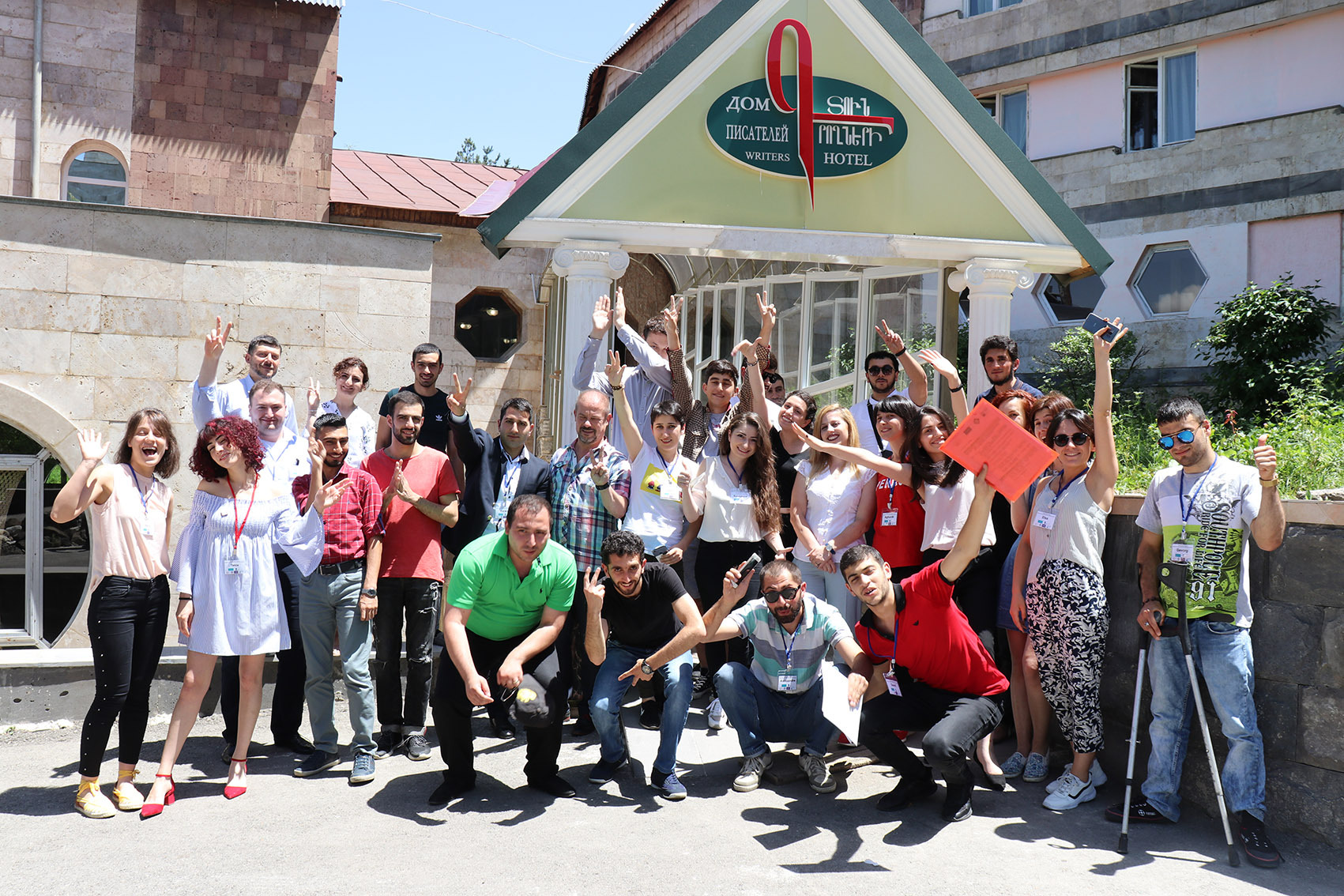 “Free Citizen” Civic Initiatives Support Center and Public Movement Multinational Georgia in partnership with People in Need (Czech Republic) and SALTO Eastern Europe and Caucasus Resource (Poland) held a 4-day Regional Summer School in the big hall of the Tsaghkadzor House of Writers in the framework of the project “Young Activist” on 27 June 2018. The Summer School aimed at strengthening the capacities of young civic activists engaged in social campaigning and other civic initiatives.

Twenty young people from all the regions of Armenia and 10 from southern regions of Georgia participated in the Summer School. All participants were selected based on the results of 17 workshops, held in the regions of two countries in 2017-2018.

A Round table discussion entitled “Velvet Revolutions: from Czechoslovakia and Poland to Armenia: how to keep democracy alive” held on July 1 in the framework of the Summer School. The keynote speakers of the discussion was Adviser to the International Visegrad Fund, Mr. Andrzej Parafiniuk, Chairman of the Board of Podlaska Regional Development Foundation (Poland), Mr. Levon Barseghyan, President of the Journalists’ Club Asparez, and from “Reject Serzh” Initiative, Amiran Gelashvili, representative of the Public Movement Multinational Georgia (PMMG), Mr. Derenik Malkhasyan, “Politika” NGO President.

The Agenda of the Summer School is here.