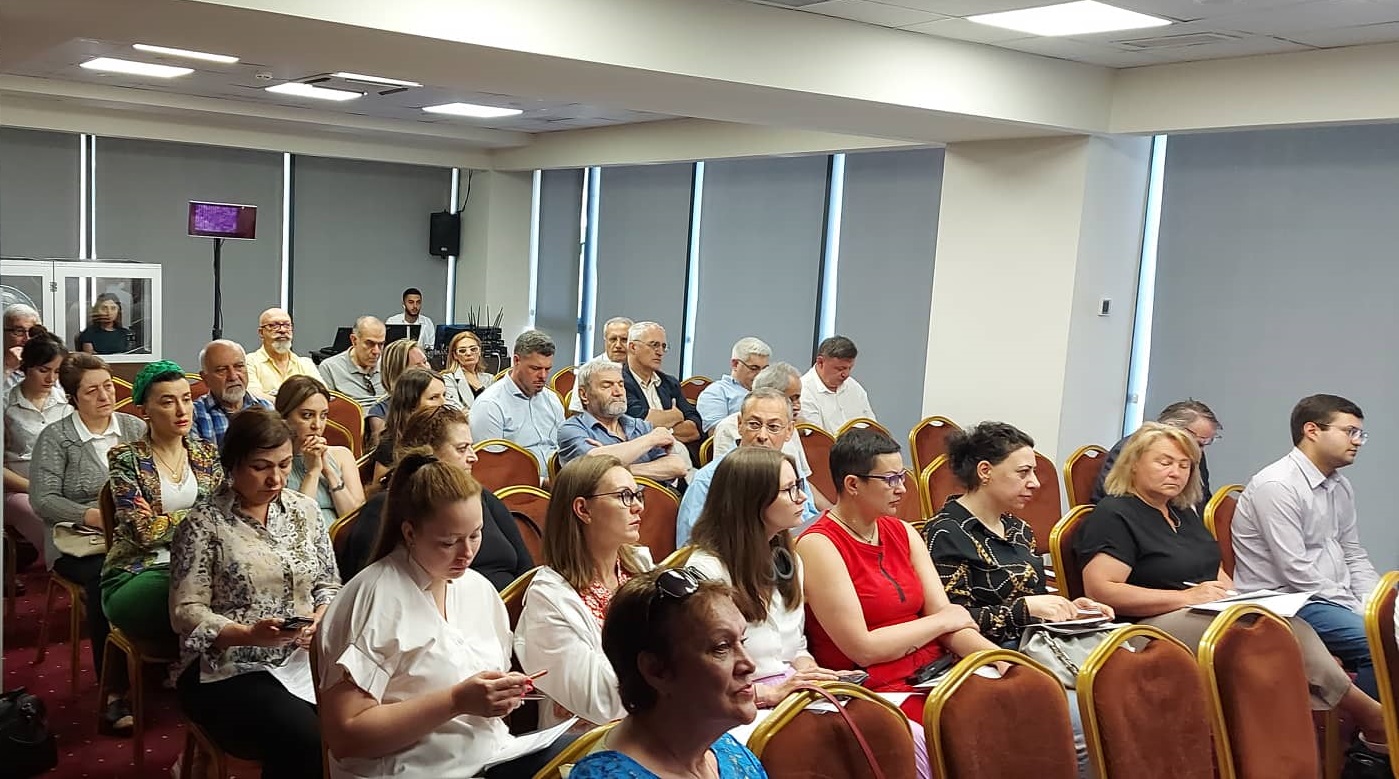 On June 10, 2022 the Armenian National Platform of the Eastern Partnership Civil Society Forum held a conference on “The Impact of Russia’s Aggression against Ukraine on Regional Security and Economy”, which aimed to discuss the direct and indirect effects of the Ukrainian war on the EaP region, with the involvement of speakers from Armenia, other EaP countries and the European Union.

The Conference was opened by Hovsep Khurshudyan, EaP CSF Armenia Country Facilitator, President of “Free Citizen” CISC NGO, who emphasized the fact of organizing the first conference in Armenia dedicated to Russia’s aggression against Ukraine.A welcoming speech was delivered by the Head of the EU Delegation to Armenia, Ambassador Andrea Wiktorin. The Ambassador outlined the EU’s position on the issue, as well as presented the efforts of official Brussels to end the war, address the humanitarian problems facing the people of Ukraine, and prevent a global food crisis. The Ambassador of the Czech Republic to Armenia Bedrich Kopetsky, who attended the conference, also delivered a welcoming speech, sharply criticizing Russia’s war against Ukraine. Denys Avtonomov, Chargé d’Affaires of Ukraine in Armenia, also welcomed the conference and wished fruitful work.

During the three thematic sessions held in hybrid format (1. Impact of the war in Ukraine on the EaP region: direct and indirect consequences; 2. Ways to overcome security threats, and economic prospects in the EaP, including South Caucasus region in light of war in Ukraine; 3. Information wars) experts from the EU and EaP countries (Ukraine, Georgia, Moldova), as well as representatives of member organizations of the Armenian National Platform and other representatives of Armenian civil society delivered speeches.

At the first session of the Conference, moderated by Hovsep Khurshudyan, EaP CSF Armenia Country Facilitator, Stepan Safaryan (Director of the Armenian Institute for International Security Affairs) from Yerevan and Veronica Movchan (Academic Director, Head of the Center for Economic Studies, Institute for Economic Research and Policy Consulting, Ukraine) from Kyiv online presented their observations on “Global Regional Developments in the Context of the Ukrainian War.”

The next session of the Conference entitled ” Ways to overcome security threats, and economic prospects in the EaP, including South Caucasus region in light of war in Ukraine” was moderated by Lousineh Hakobyan, President of “Europe in Law Association” NGO.

EaP CSF Armenia Country Facilitator Hovsep Khurshudyan delivered a speech on “The Future of the Eastern Partnership after the War in Ukraine.”

“The Influence of the war in Ukraine on escalations in Artsakh” was presented by Stepan Grigoryan, Head of Analytical Centre on Globalization and Regional Cooperation. Another important topic, “Humanitarian crisis in Ukraine: the war from human rights perspective”, was presented by Nina Karapetyants, President of ” Helsinki Association of Armenia” NGO. Tatul Manaseryan, ANP WG2 Coordinator and President of “Alternative” Research Center, spoke on the “Economic consequences of the war in Ukraine on the EaP region.” Economy issues were also touched upon from a different viewpoint: Armen Martirosyan, Vice President of the Union of Manufacturers and Businessmen of Armenia, CEO of “Antares” Media holding, delivered a speech on “Prospects of Armenian-Ukrainian Economic Cooperation”.

The third session of the conference, entitled “Information Wars”, was moderated by Gayane Abrahamyan, President of “For Equal Rights” Educational Center NGO.

At this session, the editor-in-chief of Media.am Gegham Vardanyan spoke on “Media manipulations during the wars in Artsakh and Ukraine.” Arthur Papyan, President of Media Diversity Institute-Armenia, touched upon the topic of “Information Security as a Global Issue”.

All the sessions were followed by Q&A and active discussions between the speakers and attendees.

The Agenda of the Conference you can see here.

We Demand the Dismissal of the Head of Police

Statement of the Armenian National Platform of the Eastern Partnership Civil Society Forum on the current state of the Armenian-Azerbaijani conflict and the recent...

ՙՙO՛ut of the CSTO՚՚: protest action in Yerevan. LIVE – YouTube