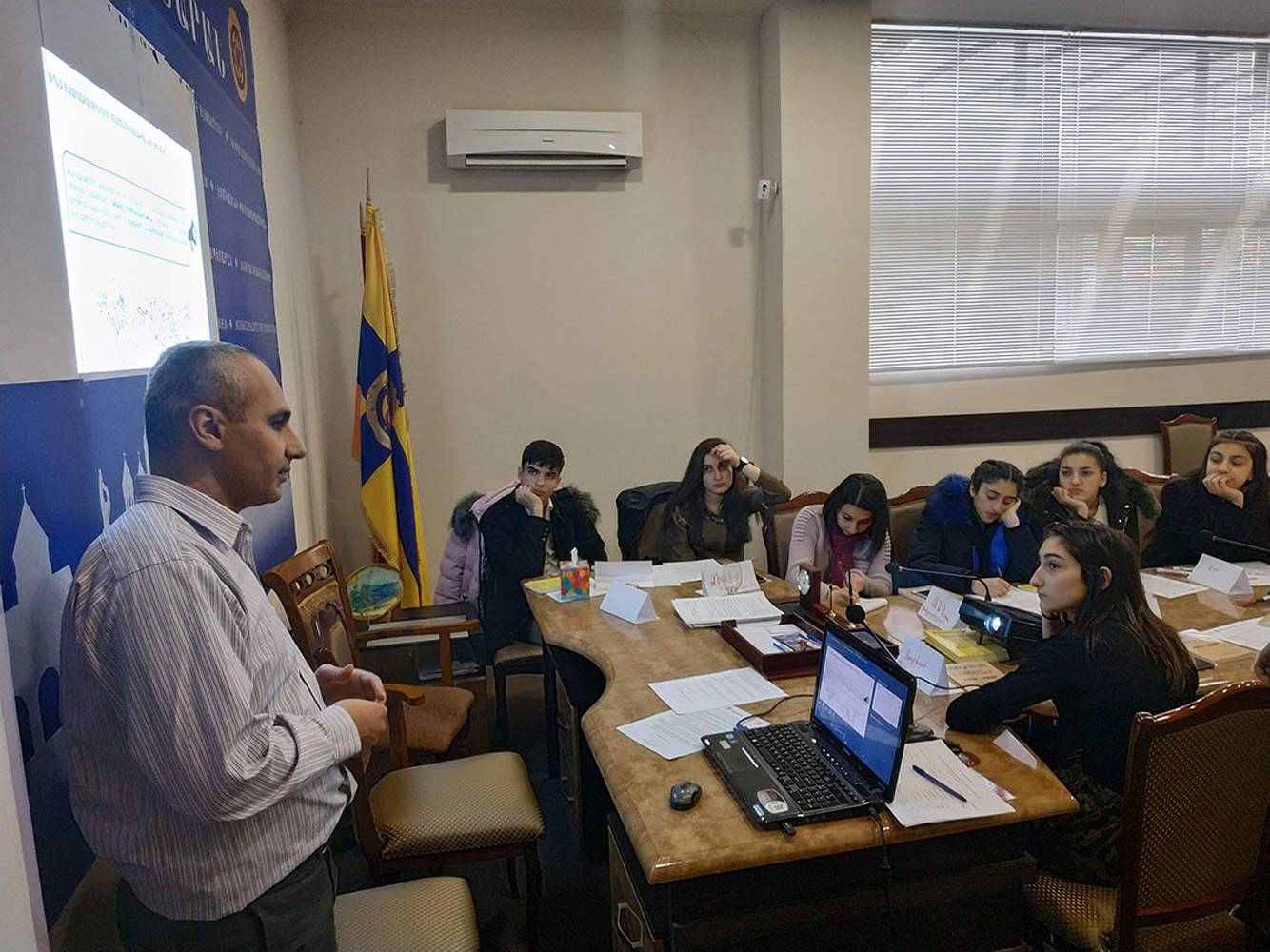 “Free Citizen” Civic Initiatives Support Center are continuing implementation of the project “Young Activist” Young Civic Activists Capacity Building in Social Campaigning. On 22 December 2019, “Free Citizen” CISC organised the workshop for the local youth in the framework of the Project in the city of Ejmiatsin, Armavir marz of Armenia. This is the ninth from the 17 workshops, which are planned to organise in Armenia in the framework of the Project “V4 for Youth Engagement in the Local Self-Governance”. The workshops are dedicated to strengthening young civic activists on engagement with local self-governance is as well as raising awareness among participants on the European Union, Council of Europe, Eastern Partnership, Visegrad 4 format.

32 young activists from Ejmiatsin sub-regions of the Armavir region have participated in the workshop. During the event it was also discussed the issues, which have been identified by the participants as more relevant for the Youth of their region.

The Ejmiatsin LSG body representatives –  Vice Mayor Arsen Petrosyan and Advasor of the Mayor Satenik Tovmasyan met with youngsters and share with their experience in Local Self-Government, as well as answered the questions.

Common European response to the outbreak of COVID-19

Workshop in Hrazdan on Fundraising and Grant Writing

Deputy Director General Of the EC DG NEAR Katarina Mathernova at...

November 1, 2016
© Copyright Freecitizen.am 2017-2019. All rights reserved. The contents of this website cannot be copied, either wholly or partially, reproduced, transferred, loaded, published or distributed in any way without referring Freecitizen.am.