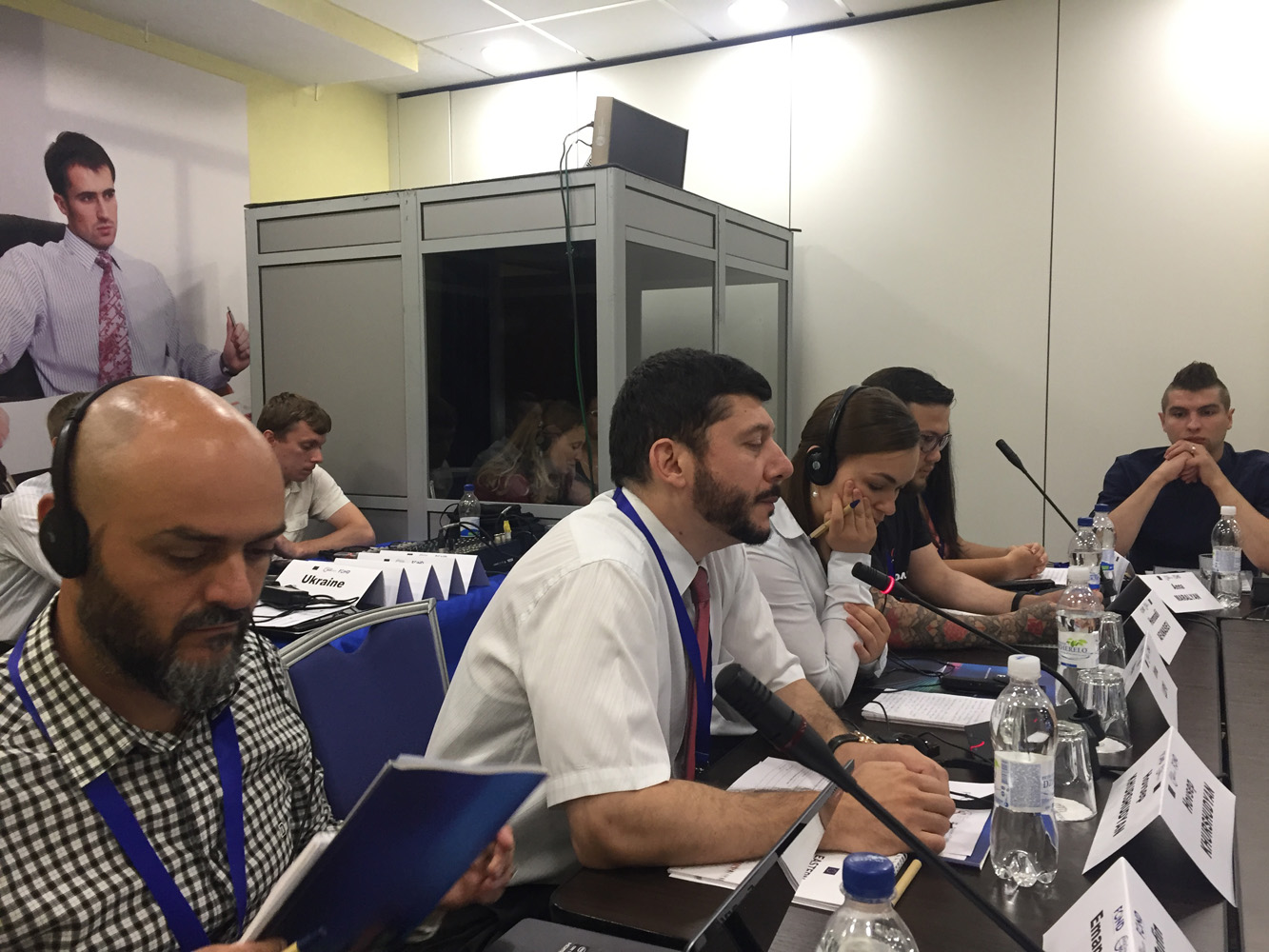 Black Sea Regional Conference on Human Rights and Freedoms was organized by the initiative of the “Free Citizen” Civic Initiatives Support Center NGO (Yerevan, Armenia) in partnership with the GlobalFocus Center (Bucharest, Romania) and the Protection of Rights without Borders NGO (Yerevan, Armenia), with logistic coordination of the Romanian NGDO FOND and with support of European Commission in Kiev (Ukraine) on 21 July 2017.

The Conference gathered together representatives of 30 organizations and networks, as well as representatives of the state bodies from 8 Non-EU Black Sea Synergy countries dealing in the field of Human Rights and Freedoms to discuss the topic „Enabling the Civic Space for Freedom of Expression, Freedom of Assembly and Association”, and to create a Network of regional NGOs and experts for further cooperation. 15 presentations, including 8 country-presentations was made at a conference, which was followed by the Q&A and discussions with the active involvement of the participants.

Based on the made presentations a Resolution on Deteriorated Situation of Human Rights in the Black Sea Region has been developed by the Conference participants.

The results of the Conference:

Here you can see the Agenda, Report and Follow-Up Activities Plan of the Conference, as well as the Human Rights Watch World Report – 2017.

Human Rights Conference in Kiev
1 of 28